The third rule is all about dynamism.

Don’t stare at me with that look, I’m not your life coach and I know it sounds really obvious.

Also, I know that in the previous post I promised you that the third law would have talked about “working around stuff”, but after a week I’ve changed my mind and I’ve decided that this topic should come first. That’s because dynamism have always been very important to me, it saved me from many headaches.

Cool off anyway, I’m no sportsman, so I’m not talking about physical exercise, listen up:

The biggest errors that I’ve made in my life were errors made while stuck, mentally stuck. It’s not a strange kind of black magic, it’s simply because the moment when you get stuck is also the moment when you start to feel frustrated. As a human I feel better or at least more optimistic when I see improvements. In the first rule we learned that errors could prove useful, but reiterating an error over and over is simply being stuck. 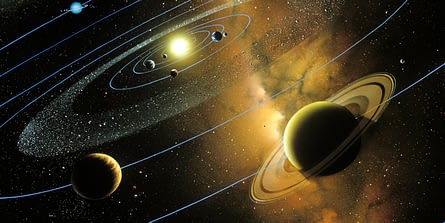 It happens a lot of times: while facing an issue on a website you feel like blocked, it’s because you don’t get any satisfaction as any solution at all. So you hit over and over on the same damn button.

Keep moving it’s always a better way to approach the problem, while looking for solutions you can slow down but you can’t stop. If you feel forced to stop you get angry and you quickly lose energy and concentration.

How to keep moving? How to avoid the empasse?

If you tried everything then you didn’t tried doing nothing at all.

Sometimes it’s better when you start feeling stuck, to pause, take a breath, and do nothing about the issue at all. It may sound as an excuse, but it’s not if it is your own decision and will.  This doesn’t mean that you should sit and watch the ceiling. This means that you can slow down, watch around and start to do something else, something that gives you a bit of satisfaction.

It’s easier to balance while moving, as I said, it’s obvious.

Here’s a list of activity I love to do, to avoid the “Rat in a cage” feeling:

Simple things, that gets you distracted. We tend to underestimate the power of distraction. It helps in seeing the problem from another point of view, it helps in finding something new to try out.

Again it helps you in your path to find “maybe” a work around. Speaking of which it will be the next topic, I hope…

See you next week,